It was the apex of winter 2011-2012. We were in the Yukon Territory, the north-western most region of Canada to meet with business owners, agency representatives, government officials and people with disabilities to explore issues and ideas regarding disability and employment in this unique part of the world. We are about to drive across the recently opened ice-bridge across the wide, fast flowing Yukon River.

Three days ago temperatures dipped below 30C, but even this was not enough to stem the flow of the car-sized chunks of ice streaming past and onwards to the Bering Sea, another 1000 miles in the journey of this timeless causeway.

Colm, our host and the local expert on learning disabilities, who singlehandedly provides disabilities education support services to an area the size of Wales, calmly suggests we unbuckle our seatbelts, but enjoy the ride as we venture out on this temporarily static ice flow.

This is the first time this season Colm, himself, has made the trip across the ice to West Dawson, the other half of Dawson City that lies coldly disconnected from its better half twice a year: once as the residents wait for the ice flow to slow, slow, slow to become safe to cross in all manner of vehicles, as the theory that ice is as strong as steel is put to the test once again, and a second time in the spring, as the last brave Dawsonite makes the final journey across the 200 metre bridge before ‘break-up’ and the eventual return of an equally precarious looking ferry. Colm wisely refrained from showing us the newspaper clipping of the front end of the truck firmly gripped in the racing sub-zero water with rest of the vehicle looking rather like a sad version of Titanic in her last moments.

My colleague Rick and I were temporarily warmed by the car heater, working hard against the -38 wind chill – a term that only really begins to make sense from about 20 below in what otherwise would be a welcome breeze.

Half way across I found myself feeling a kind of bravery which is closer to bravado and trying to coax Rick to get out of the car with me when we reached the middle…and walk-wheel back. Rick was having none of it. But now, having made the fatal error (from the back seat, nonetheless) of taunting my colleague and companion into the wilds of this frozen flow, I had little choice but to follow through as Colm pulled up and let me out. Out and alone on the ice in the middle of the Yukon River. Cold. Wind. Snow. Twilight daylight and the quiet as the car pulled away and disappeared behind the river frozen car-sized chunks of ice piled in one long crash.

The sensation of being on the ice, knowing the gazillion litres of water flowing just a few feet below the ice surface had been at pace for 2000 miles with a 1000 more to go before it would be slowed by the sea, made me shiver – or was it the cold. I spotted what appeared to be a path marked out with orange flagging tape, heading away from where I was dropped, but back in the direction of the bank from which we’d come. This path seemed even more precarious than the car route that I can only imagine must have been created by some great machine that cleverly transforms icebergs into ice roads. This narrower, less trampled route weaved around and over (thankfully not under) the ice flow for those who felt a car an unnecessary luxury to traverse the river in arctic temperatures to fetch milk, tea and bread.

At this point I was getting properly cold. I held my hands up over my ears, having foolishly left my hat behind, and turned my whole body – as you do when you are either stressed or half frozen – to see if Colm or Rick were anywhere in sight. They weren’t. So I decided to make a move, and head for the shore.

Now, given that I, myself, have been known to enjoy a laugh at the expense of some poor fool when I witness a bit of bravado-gone-wrong, I know what it looks like when someone is not having a great time when they are ‘having a go’ with a view to appearing adventuresome or undaunted. I can assure you that as I crossed the ice I was the source of much amusement to any onlooker from the offices and residences that overlooked the river that day. Indeed, by the time I reached the bank my face was bright red, my ears nearly white, my eyes squinted to slits and my body shook in my inadequately constructed London pea coat. Thankfully, as I waited, stock-still, showing the beginnings of desperation, Colm and Rick emerged from the river’s edge.

Colm, Rick and I headed back down Main Street to the hotel where we were to meet with our colleagues from the Yukon Council on Disability to begin our preparations for exploring disabilities and employment issues in this unique ex-Gold Rush wilderness frontier town.

Dawson City, as it would turn out, was a modern, forward-thinking city disguised as the Wild West circa 1898. Disabilities at high noon. Who would be left standing? 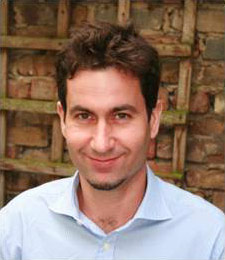 Stephen is an internationally recognized management consultant with expertise in sustainable community development.